“For movie lovers, Robert Hofler’s surprising exploration of the making of The Way We Were contains secrets and insights into the writing and producing of one of the most romantic movies of the 1970s. But for Barbra Streisand fans it is a definite must-read as a key milestone in the evolution of a star.”—Sharon Waxman, author of Loot and Rebels on the Backlot

“Robert Hofler’s lively behind-the-scenes tale captures the complicated dance of star power, talent, and politics that made The Way We Were such a breakout Hollywood romance. With insightful, often droll commentary and rich detail, he entertains and illuminates the art of bringing a classic to the screen.”—Becky Aikman, author of Off the Cliff: How the Making of Thelma & Louise Drove Hollywood to the Edge 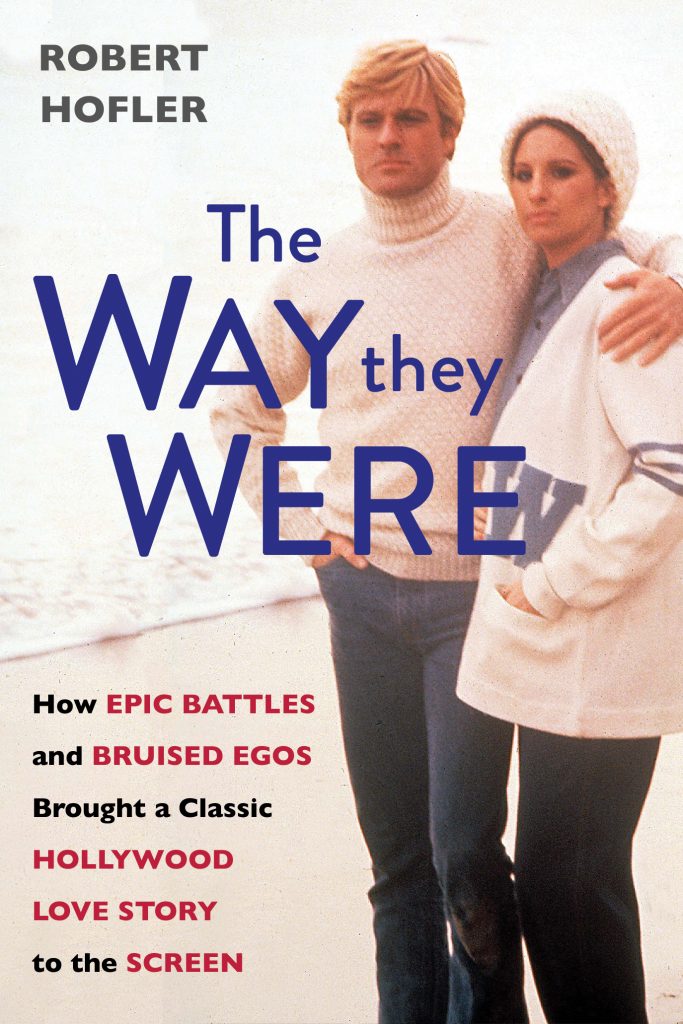 Coinciding with the 50th anniversary of “The Way We Were,” this intriguing and impeccably researched book is the first ever account of the making of the classic film starring Barbara Streisand and Robert Redford, revealing the full story behind its genesis and continued controversies, its many deleted scenes, its much-anticipated but never-filmed sequel, and the real-life romance that inspired this groundbreaking love story of opposites who attract and start breaking up – even before they get married…

It’s one of the greatest movie romances of all time. Fifty years on, the chemistry between Barbra Streisand as Jewish working-class firebrand Katie Morosky and Robert Redford as all-American golden boy Hubbell Gardiner remains potent. Yet ­the friction and controversy surrounding The Way We Were were so enormous, the movie was nearly never made at all.

Impeccably researched and eye-opening, The Way They Were reveals the full story behind the challenges, rivalries and real-life romance surrounding the movie. Even the iconic casting was fraught. Screenwriter Arthur Laurents wrote the role of Katie with Streisand in mind, but finding Hubbell was another matter. Redford was reluctant to play what he perceived as the “Ken doll” to Streisand’s lead, and demanded his role be beefed up, with ten writers—among them Francis Ford Coppola—called in to rework the script.

The first preview was disastrous. Several scenes were cut, angering Streisand and Laurents, yet the edits worked. The new version was a resounding success, and its appeal endures, earning it a regular spot in the AFI’s annual Top 10 movie romances.

The Way They Were also explores the deep, surprising love story that inspired the screenplay—the relationship between Laurents, a Jewish Brooklyn-born college leftist, and his longtime partner, Tom Hatcher. Drawing on a vast trove of Laurents’s unpublished writings, as well as interviews with Streisand, Redford, and other key players, this is the definitive account of a film that changed the rules of moviemaking and has defined romance ever since.